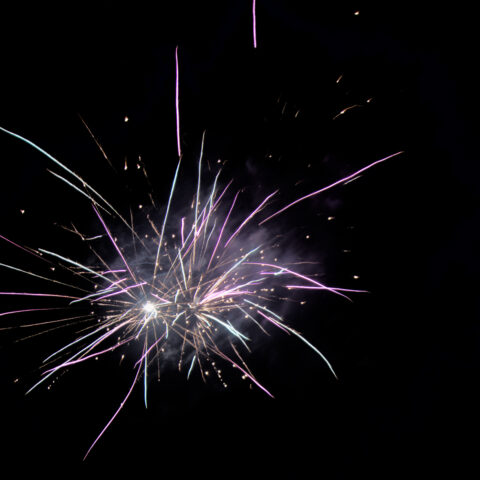 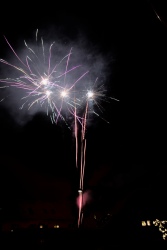 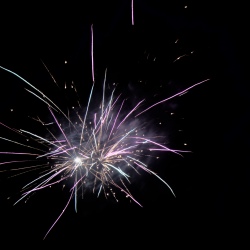 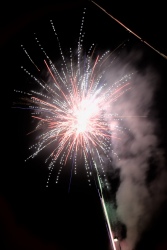 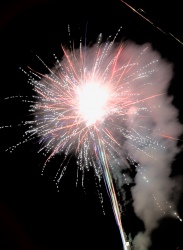 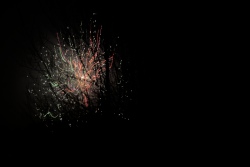 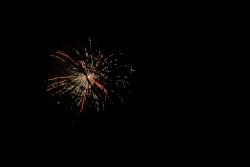 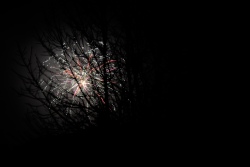 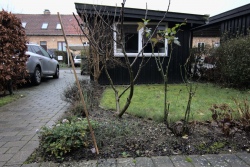 When I was a kid and young I was fascinated by fireworks, it was a thrill to light the fuse and wait for the ignition. No matter if it was a rocket or a fountain, it was a thrill! (firecrackers was banned in Denmark in the early 70’s due to inflicted damages). My father ran a shop where he’d sell fireworks during the last 2 weeks before new years eve, being thrilled by firing it of I assisted with packing and selling the fireworks, expecting it to pay off on new years evening. It did, many years I had a big bag of stuff to fire off. Most of it small items, but sometimes I’d get one of the big rockets standing with a height of approximately 60 cm and the top maybe 5 cm in diameter. It would fly about 30-40 meters up before exploding into bright clear stars of light with a small puff.

For the last 40 years I have only on a few occasions laid my hand on fireworks, but I’ve noticed that it has grown substantially. For new year 1999-2000 I remembering to have been given a gift from a business partner, it was a special occasion so it was a special large specimen of rockets at the time, standing almost 1 m high being about 10 cm in diameter. A few moments after having fired it I remember hearing a hard sound of the wooden stick landing on the street. What would have happened if it had hit a car or worse a person?

I know that current fireworks are even larger than the one mentioned above, however some of the beautiful colors do not come from rockets with a stick attached but from mortar type batteries. On new years eve (and the days around) you can see fireworks blasting high above the ground, substantially higher than in my youth years, sometimes it even go into low hanging clouds. As you can see in the last picture in the gallery some of the rockets still has a stick to stabilize flight, the one I found in my garden stood more than 1 meter high in the picture even though it was buried almost 10 cm into the earth of the flower bed, luckily it didn’t hit neither the car or any person, I’m sure it would have provided severe damage in either case.

12 peoples was severely hurt from fireworks during new years eve 2020-21 in Denmark, some loosing sight. We locked down society before covid-19 had killed even 5 people. But fireworks face no ban currently.

Climate and pollution has been on the agenda for the last 30 years or more. Several metal oxides has been banned from all kind of products and processes, because it will inflict all kind of damages to the environment in both short and long term effects. I do not have a complete list of what metal oxides that is used to produce all the red-yellow-green-blue-white lights in the sky, and I don’t believe anybody has the full picture, but an article from 1999 in the Danish Engineers weekly magazine estimates some amounts. 3 metric tons of led, 2 metric tons of copper, 70 kg chrome, 6 kg of arsenic and 3 kg of cadmium. All are metals we normally don’t want to have released into our environment. But on new yeas eve we’ll put them in bombs to have them spread in the sky above inhabited areas. Wise? Absolutely not. Can we please sacrifice a few moments of juvenile joy in order to improve general health and ban fireworks.