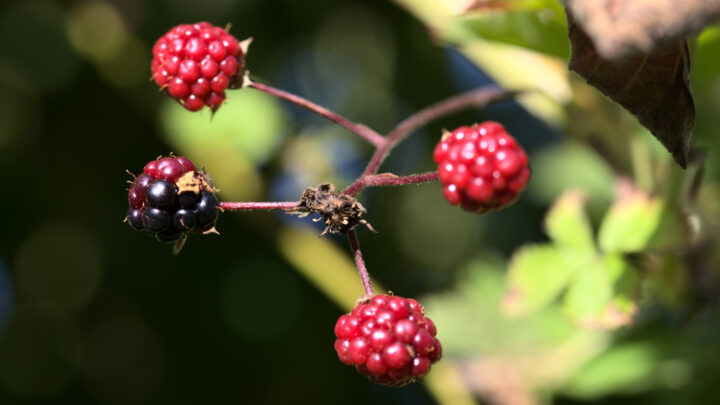 Here in the start of September my early blackberry bush is almost empty of berries. I have had the success to harvest the most of them, maybe due to the green net put on top of the bush.

Or the birds had chosen to go for other foods. But unfortunately a blackberry bush grows quite a bit when it stops to produce berries, some days it has added almost 10 cm to the branches. This means that branches has grown through the net and beyond. As there was almost no more berries on the bush I decided to take down the net. It took me almost an hour, mostly on a ladder with a pair of scissors in my hand to get the bloody net down. Don’t think I’ll use a net next year