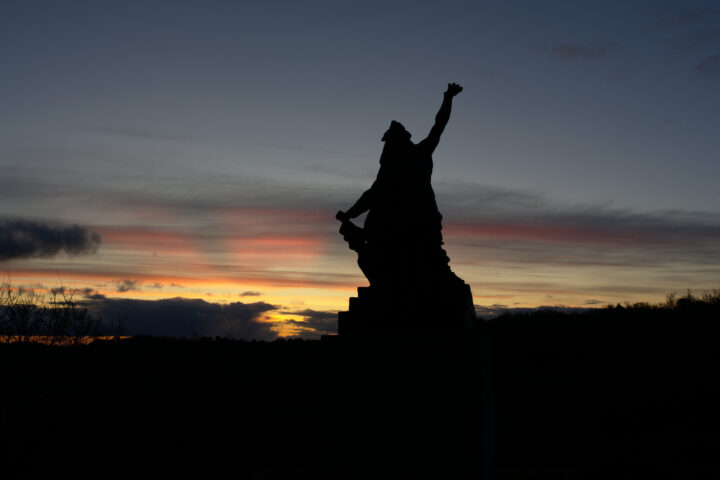 I have on earlier occasions been to Rudolph Tegners Skulpturpark in north Zeeland, the area is actually called Russia. On all the other occasions it has been bright day light, and nice temperatures. But spontaneously I got the idea that it could be nice with pictures taken just before sun rise. So I went there in the early winter morning, fighting against icy roads. But I got a series of photos that is what I wanted.