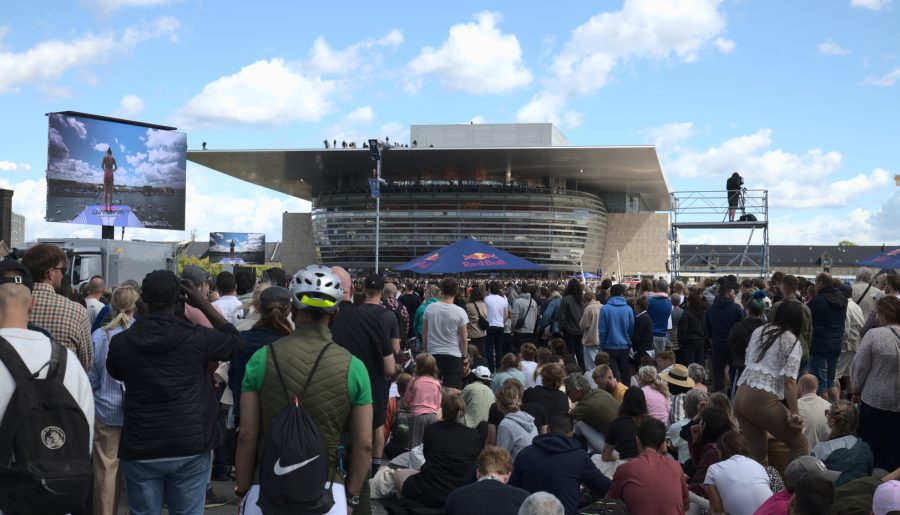 Saturday 2022-07-16 I was at an Redbull Cliff dive event. Young men jumps of the roof of the Royal Danish Opera into Copenhagen harbor – 27 meters below – women climb 5 meter down before jumping. According to the information the male jumpers spend a little more than 3 seconds between they set off and hammering into the water. Acceleration is the well known 9.8 M/s2 provide by gravity, so they end up hitting the water surface at 85 Km/t (53 Mp/h). It hurts a lot if you do it wrong.

According to my camera time stamping of images it takes 4 sec from the jumper bends down the knees to jump til he lands in the water. What do they think while in the air? I guess on how to secure the landing in front of them, no thought about who they’ll spend x-mass with.