This iconic bridge apparently is a must see in Mandalay. I will say the bridge looks well at all times of the day, but it is specially amazing when seen in the twilight (either before sun up or after sun set). I’ve heard that it can be hard to get a view of the bridge with monks on during sun set time, because tourists almost have overtaken the bridge – don’t know if it’s true – but I went to the bridge in the morning.

As with other things in Myanmar it’s good to be an early riser, because sun rises at around 6:30 AM (November through February), and to get a good view and photo you need to be at the bridge at least one hour before sun up. 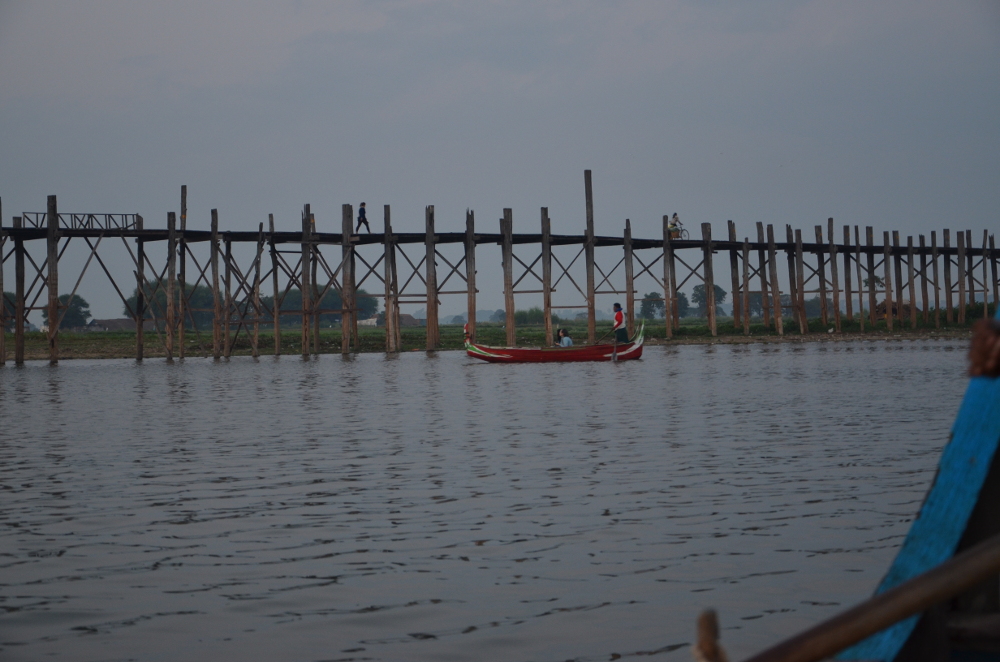 As the hours around sun rise is the coldest during the day don’t be surprise if you find it a bit chilly during your trip, my advise is to wear a light jacket.