Kep is both a municipal and a province on the south coast of Cambodia close to the Vietnamese border – my phone went to Vietnamese networks on several occasions while we stayed there.

To go to Kep you can get a mini van from Phnom Pehn, and 4 hours later your in Kep. Our trip with a mini van were nice, the van was not new but most features seemed to be working – OK the air-con stopped after a couple of hours, but it wasn’t that hot – we were only 3 passengers being picked up in the city. A fourth passenger were picked up around the air-port, but that was all, so we had plenty of room. The van stopped for 2 breaks on the way. It went through Kampot to set of a passenger. The roads are – by Cambodian measures – comfortable.

There is more than 60 guest houses, resorts and hotels in Kep. We chose Saravoan Hotel which is situated at the western end of the beach. It’s been renovated in the recent years and features light rooms with a view to the bay from the balcony. The staff is smiling, polite and helpful. Breakfast was not included in our price, but it was available at a surcharge. Portions is on the large side – in my opinion – and freshly cooked, it’s European style and can come with pan cakes, croissants, yogurt , juice and coffee. Coffee comes from the café in the ground level, it deserves a special mentioning. Several kinds of coffee is found in the café, not only the serving but also different kinds of beans is used. I will especially recommend the Ratanakiri coffee, served in a nice large mug as black coffee. It has a round soft and almost sweet flavor with a hint of chocolate. All coffees bear the mark of craftsmanship in the making.

The beach is nice and sandy in the middle, near the ends you’ll find some rocks both on the beach and in the water, so be cautious. When we were at Kep both Cambodians and tourist were around to form a lively beach life. The water is rather shallow, so you’ll need to walk some distance out before swimming.

You should prioritize to locate the crap marked on the first day of your visit because many restaurants (but not all) are located here. If you like seafood you have come to a good spot on earth, because not only craps is available in the crap marked and the restaurants. But crap is the specialty of Kep. Craps are served in several different dishes, but for all you need to be prepared to work for your food as the craps are served in their own shells. My favorite serving of crap was with fresh green pepper and vegetables. The fresh green pepper – another specialty of the area – do not have as hot a taste as the black or white but is more aromatic with sweet notes. I think I ate more pepper during my 5 days in Kep, than I do at home for more than a year.

Besides from the restaurants the crap marked itself is interesting to visit, come early to experience fishermen to bring in their catch. Even if you come later you can see the trade on the marked.

The pepper is actually not famous from Kep, but from Kampot which encircles Kep. It is possible to visit the pepper farms in Kampot, we visited Sothy’s pepper farm to see how pepper is produced. We had a nice lunch at the farm, of course with a lot of pepper.

A place that is quite interesting to visit is a pagoda situated within a mountain. You enters through a narrow cave and ends up in the center of the mountain were the small pagoda is situated. Be aware that groups of children waits to be your guide on your visit and expects to receive a dollar in return for their explanations of the caves and pagoda.

The national park in Kep is worth a visit with it’s nice view of the city and the see. You can chose either a plain road to walk around the mountain or you can take the less comfortable path across the mountain. If you take the path prepare yourself with mosquito repellent, as there are many mosquitoes in the forest. Finalizing the tour can be done on the Led Zep café, where you sit on the balcony with a view to the forest, the city and sea. When I sat there a monkey came by to eat the flowers on the trees.

I will recommend to hire a mountain bike – do not go for the ordinary Chinese bikes – and take a ride around town, there is many sights around. This is good for a tour to the abandoned houses with graffiti, the butterfly museum, Kep marked.

Salt fields are found both east and west of Kep it should be amazing to see and photo the harvest work, but when I visited in January 2017 to much rain had fallen so the salt fields had not dried out to make harvesting possible. The heavy unusual rain has caused production of salt in Kep and Kampot to drop to small fraction of what usually is produced there, which will hurt the already poor salt workers. 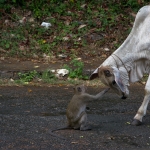 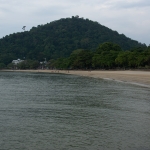 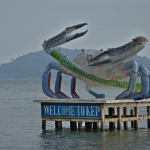 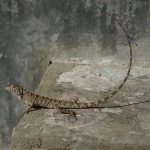 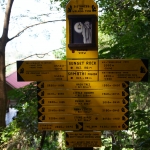 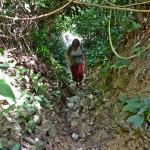 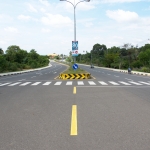 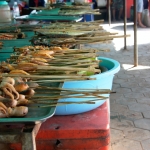 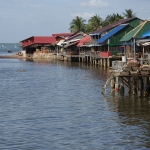 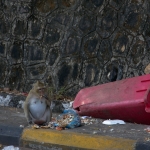 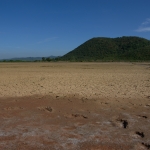 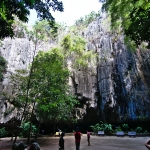 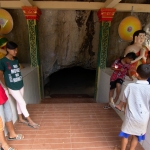 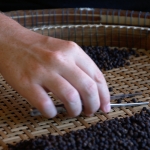 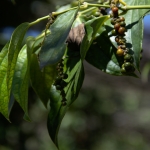 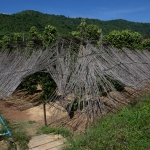 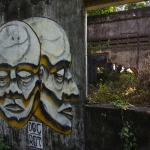 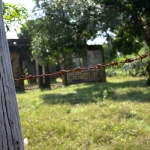 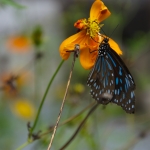 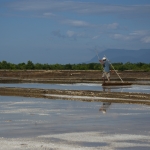 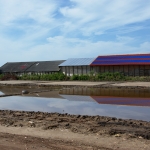