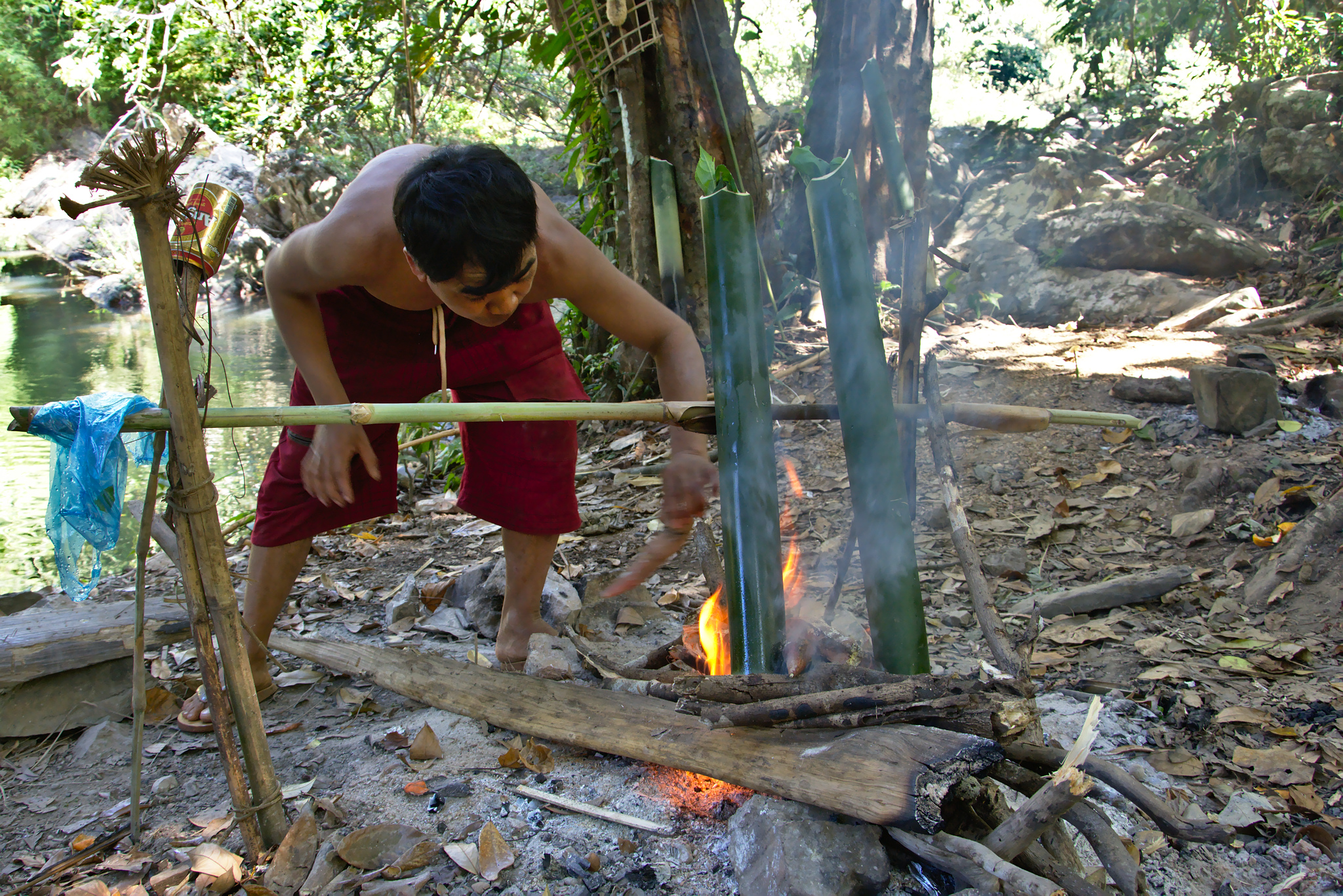 Banlung is a small dusty town in the north-east of Cambocia, close to both the border to Laos and Vietnam.
To get to Banlung you’ll need to take either a minivan or a taxi. I chose the minivan from Stung Treng, but you find minivans for Banlung in both Kratie and Phnom Phem.
Banlung is not equipped with large cultural heritage, but the nature will provide some delightful experiences. To go there I will recommend to hire either a car or a tuktuk, though the nearest sights can be reached on bike.
To hire a tuktuk with a guide, I would go to the corner of 64st and 27st (close to Ratanakiri Guest House)  or you can ask your hotel.
Near the town 3 waterfalls and the crater lake.
When I visited in January one waterfall had dried out, so we skipped to visit that. As it was the day we arrived at Banlung and needed time to check in at the hotel, arrange with guide and tuktuk, we were able to head out just after noon. We spent a good deal of time at both falls, had a stop on the road to look at farming and swimming in the lake. This could all be done before we parted from the guide in town a little before 5pm.

Roads in town has a hard surface of tarmac and the highroads leading to and from the city is as well, but all other roads in the area are dirt roads. This means that in the dry season any movement of vehicles styr up dust. When the dust lands it covers grass, leafs and you. For short rides you don’t have to worry that much about the dust, but when you take longer trips into the country side you should be prepared. Bring a dust mask – can be bought in many grocery shops – and gogles that can keep dust away from the eyes.

On our first day in Banlung we went around to the sights near the city, waterfalls, some fields and the Boeung Yeak Laom lake. When we visit the field I first thought, “this is a young forest, someone has planted”. I was right about that someone had planted the small trees, but it was not meant to be a forest. It was manioc, meant for harvest and after a bit of work food. Our guide showed how the farmers harvest the roots of the plants, as the roots are the edible part, after they have been dried, crunched into flour and properly  cooked. 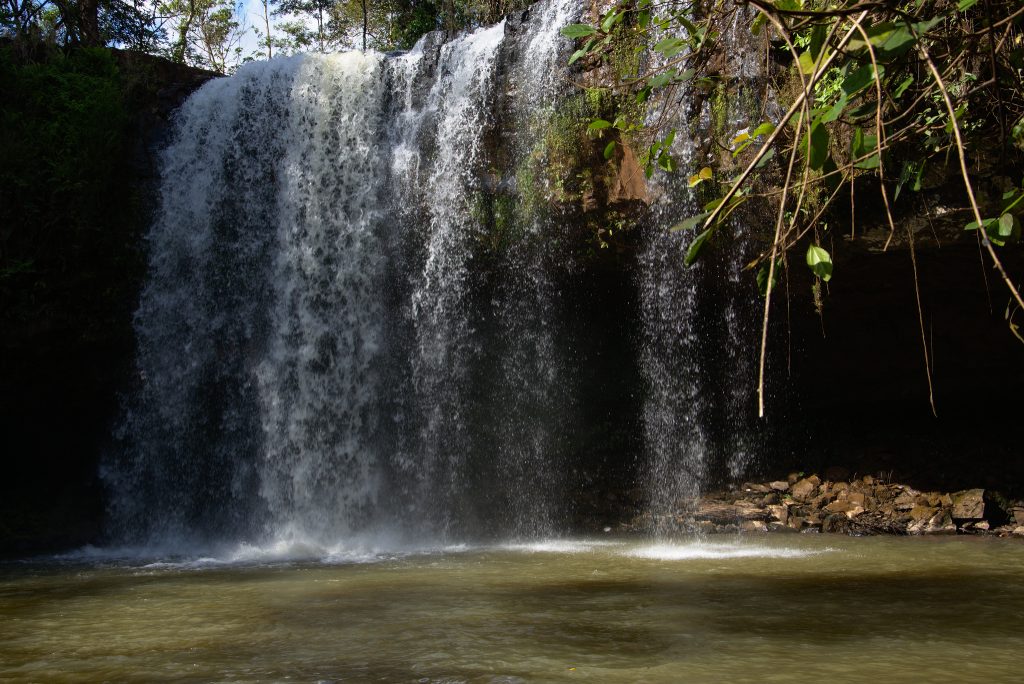 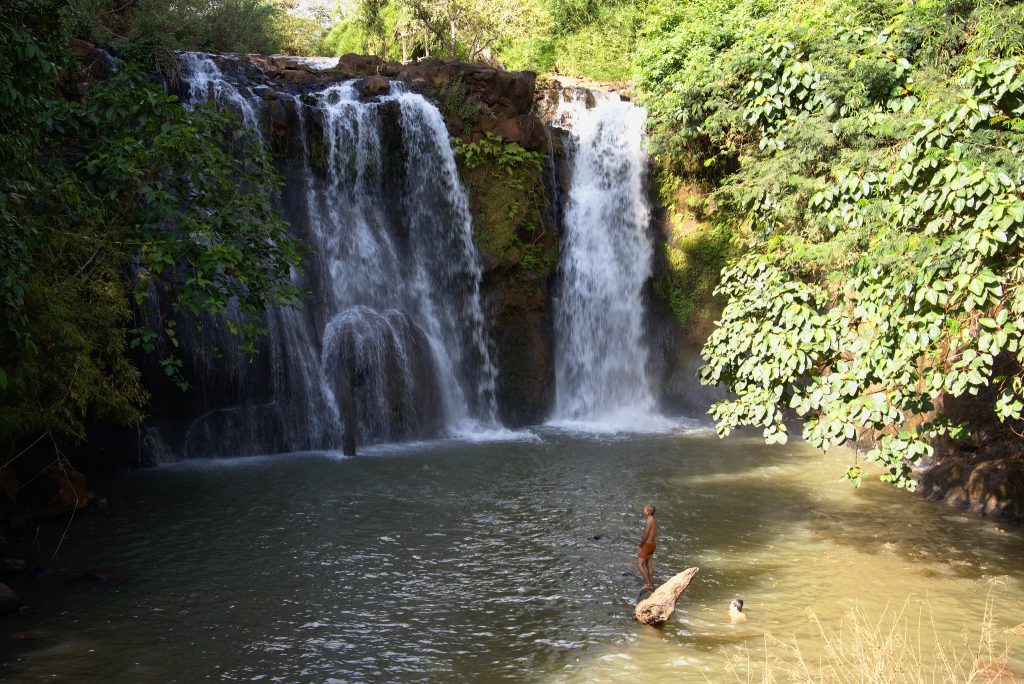 Trecking
You’ll find some guides can provide a trekking experience in the surrounding country side, most will like to take you 2 or 3 days. Nights will be spent in villages or in the jungle. As we are not into long trekking and not fond of mosquitoes we aimed for a 1 day trek. Our guide found a local guide north of Banlung, that could take us on a 1 day tour. The route can be found in my map, don’t think we went as straight as the line indicate on the map, the path (not all was on a path) did curve at lot. The terrain is not nearly flat, at any time we would be walking up or down, never 10 steps in the same level. During the morning part of the tour our guide picked lemon-grass, sweet potatoes, aromatic leafs in order to prepare our lunch. On the way he cut 2 big trunks of bamboo, which were used as cooking pots, one for the soup and one for coffee water.

He also cut 2 smaller trunks of bamboo, these were cut to server as cups.

In the jungle at a small creek the guide made a fire to prepare the lunch, cooking the vegetables with water from the creek to provide a soup. The sweet potatoes were put directly in the fire.
While the lunch was prepared we had a swim in a pond created by the creek, the water seemed clean and was quite clear. Surprisingly it was a bit cold, but it was just refreshing after sweating our way through the jungle.

After lunch we got on our way back to the starting point, the full tour lasted around 7 hours and the walk must have been 15-20 km.

Native villages from small population of people not being Khmer are found around Banlung. They try to maintain their traditional way of living and do actually not seek contact with neither Khmer’s or  other cultures. Some guides will take you to the villages others don’t.

I went to some villages. The tour was arranged by my guide. We went to this point to change to a small boat and sailed to the village Koah Peik. When we disembarked the boat  we found a number of young womens and girls who had digged holes – about 0.5 meter deep – in the beach. From the bottom of the holes the collected water, which was filled into plastic bottles and canisters. So very ingeniously they used the sand of the beach to filter the water. After all it looked a lot cleaner than the river itself, but I would not drink it (think of my weak Western digestion system). A few years back a UN project had provided a well with a hand driven pump, placed in the middle of the village. We tried it, it just required you to turn the handled – it went very light – and water (probably cleaner than from the beach) came pouring out of the tap. I guess it would deliver 5 liters with just 1-2 minutes of easy running the pump. The womens however do not want to use the pump, they insist on not relying on other support. 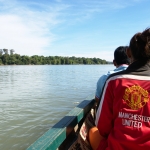 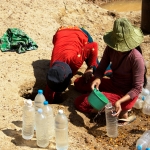 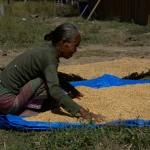 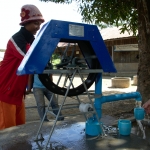 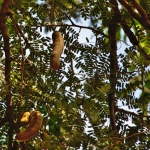 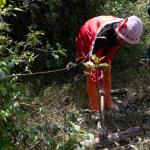 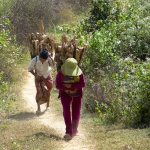 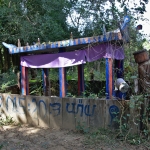 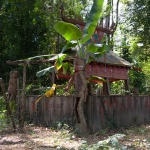 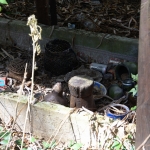